The eight counts were pending since 2012 from legal actions filed by HealthBridge Management and Care One, whose owner and CEO is multimillionaire Daniel Straus. No additional counts against District 1199 New England remain on the court’s docket.

“Overall, the record shows only that Defendants engaged in lawful, albeit aggressive, bargaining and unionization efforts which involved a public campaign critical of Plaintiffs in order to advocate for its members,” wrote Judge Susan D. Wigenton in her opinion. “Defendants were within their rights to make such public challenges.” District 1199 Organizers and workers hailed the sweeping judicial victory entered by the court on Monday, after the Union was forced to spend hundreds of thousands of dollars on legal defense costs in a case that did not even reach the trial stage.

“This is a real-life David and Goliath story. In Connecticut alone, this boss used immoral and illegal actions for more than two years to create an atmosphere of division, terror, and futility in the lives of over 700 caregivers in six nursing homes. Their behavior was so atrocious that a judge issued an injunction against their actions and multiple administrative law judges found this behavior violated the law. When they couldn’t break the strength and determination of the caregivers, then they tried to bankrupt the Union instead. To date, several complaints issued by the National Labor Relations Board are still pending with the trial set to resume in February of 2020. If the NLRB and the Union are ultimately successful, this employer will be liable for significant backpay and other damages owed to the members,” said Suzanne Clark,  secretary-treasurer for District 1199.

“Judge Wigenton’s opinion is clear that the Union did not do anything wrong. Everybody knows that SEIU 1199 is a fighting union that will not lay down for any boss. We will continue to support Connecticut caregivers with robust organizing campaigns so that workers are treated with respect and dignity on the job, including sustainable wages and benefits,” said District 1199 President Rob Baril.

District 1199 represents roughly 6,000 nursing home workers and over 30% of nursing homes in Connecticut are in the Union. But the activism of Union caregivers for quality care, respect on the job, livable wages and benefits has a positive impact on 100% of the industry’s workforce.

SEIU 1199 Union members have a long history of success fighting for health care workers’ rights and quality services for people in need. We advocate for living wages for all workers — black, brown and white — and adequate resources to do our jobs well. The Union represents 26,000 health care workers in Connecticut. 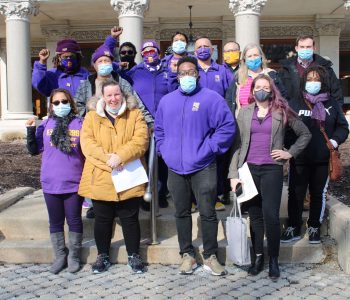 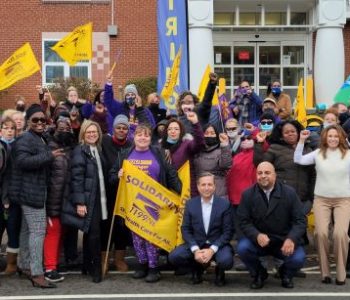