NORWICH — The state Department of Public Health announced Wednesday it has ordered all patients to be removed from the Three Rivers Healthcare nursing home following an investigation into a deadly COVID-19 outbreak.

Since July 24, DPH officials said, at least 21 residents and six staff members at the Norwich nursing home were infected with the virus. Four of the patients have died.

The order, called a rare enforcement action, was made by Department of Public Health Acting Commissioner Deidre S. Gifford.

“This is a difficult and sad step that we have to take, but the department has concluded that it’s in the best interest of the health and safety of the residents, staff and families at this facility,” Gifford said.

An inspection of the facility recently found numerous serious violations related to infection control, staffing and other issues that led to the appointment of a temporary manager.

The emergency order signed by Gifford calls for the discharge of all residents. She said residents who are COVID-negative will be moved to nursing homes near Norwich.

A union that represents health care workers in Connecticut, including those in nursing homes, said the decision will most likely ensure Three Rivers closes, which could let the home operator “off the hook.”

“Residents will now suffer through transfers in the middle of a pandemic,” said Pedro Zayas, a spokesman for SEIU 1199, adding that workers there could also face lost jobs if the facility does close.

The union said the state should have brought in “outside management” to take over the facility “based on the apparent collapse of the previous management.”

“While action needs to be taken, we believe there were alternative measures available that would have ensured the safety of the residents and provide for a pathway for the nursing home to fall back in compliance under a new administration,” Zayas wrote.

The state DPH started to investigate the outbreak on Aug. 17, including daily on-site visits, interviews with residents and staff and reviews of facility records. State DPH personnel have been on site to monitor the situation at Three Rivers since the investigation began, officials said Tuesday.

“Nursing home residents must be our collective priority and we are pledging the resources of our associations to facilitate and assist in the safe and compassionate transfer or residents to nursing homes in the area under these extraordinary circumstances,” said Matthew Barrett and Mag Morelli in a joint statement.

An investigation at the nursing home on Sept. 9 revealed the outbreak started on July 24 when a staff member tested positive through routine weekly testing, officials said.

“There were serious violations found facility-wide in general infection control practices, staffing, cohorting (grouping together) residents who tested positive, and use of personal protective equipment,” the state DPH said.

“This is a challenging time for Three Rivers Health Care, our residents and our staff,” the JACC Health Center of Norwich, which operates Three Rivers Health Care, said in a statement released Wednesday. “Since the initial COVID outbreak, we have been cooperating with the state Department of Public Health to bring our facility into full compliance with state and federal regulations, including the engagement of a temporary manager to oversee the facility.

“Following an initial assessment, the temporary manager concluded that bringing the facility back into substantial compliance within the time frame mandated by regulatory bodies was not feasible due to a number of concerns, including the absence of critical staff.”

Article from The Middletown Press 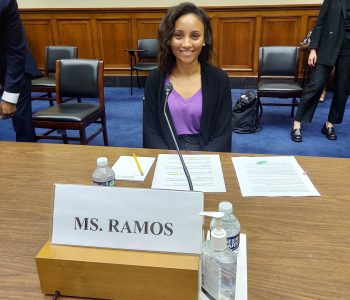