We Need To Do Better For Our Elderly

From the Warwick Beacon –

While nobody likes to admit it – time is an undefeated opponent. Take all the supplements in the world, work out seven times a week, buy sketchy natural health booster tablets off the internet, and the end result will be the same. Time passes, we age, we lose the independence that defined our lives.

Of course, not everyone gets the luxury of living to old age, but thanks to modern medicine and technology and rapidly rising health awareness, more of us are living longer than ever before. It simultaneously is a cause for celebration and a cause for concern. The reason being that, with more people getting older, how do we plan to take care of them?

In Rhode Island, this is an especially large problem, as a forum held at Sts. Rose and Clements on Tuesday night highlighted. The advocacy coalition Raise the Bar on Resident Care reported its statewide nursing home care findings to a room full of potential difference makers, and now eyes will be upon them to see if anything gets done to help remedy the issues brought up.

The problem is a numbers game – not just in the amount of people that require care and in the low amount of people to care for them, but in numbers accompanied by dollar signs. The report shows how Rhode Island has a higher proportion of its population aged 85 and older than any other state in the country, and how nearly a quarter of the state’s population will be a senior citizen (aged 65 or older) by the year 2030.

It’s hard to imagine that someone charged with taking care of a fragile senior citizen – the report indicates 50 percent of residents aged 85 and older have some type of physical limitation, while 70 percent of all nursing home residents have some type of cognitive impairment – is making about the same as someone working at a retail outlet. The recipe of understaffing and underpayment is one that can lead to disastrous consequences, as several CNAs explained during the forum on Tuesday night. It can lead to instances of neglect, abuse and high turnover rates in these facilities.

In order to take care of our senior citizens in a way that we would want our own grandparents to be treated, we have to take care of the people who provide that care. The people who choose to enter a career as a CNA certainly don’t go down that route for the money, but to do such a difficult and often thankless job certainly can’t be any easier when you’re worried about paying your bills at the end of the month.

At the very least, Rhode Island should mandate nursing home residents receive a minimum of 4.1 hours per day of direct care and bump wages for CNAs to a level that compensates them fairly for the important work they do. The people in our nursing homes are beloved family members, former teachers, former public safety workers, veterans of foreign wars – they are people that matter, and should be taken care of in a way that promotes their prolonged health and livelihood in a manner that also preserves their dignity. 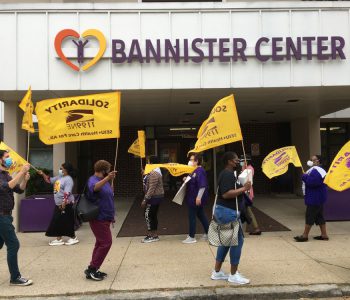 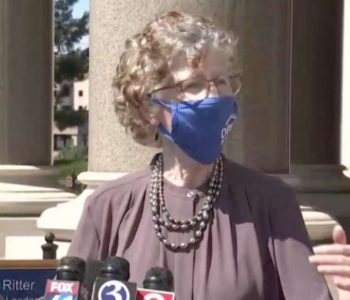 RI lawmakers push for better…
From Covid-19 to Police Accountability,…